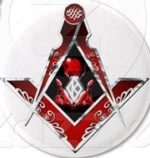 Larry Evans was born in the Lawndale area of Chicago’s West side; and attended Blessed Sacrament Grade School and Holy Name Cathedral High School on Chicago’s near North Side. Upon H. S. graduation in 1971, he later attended Southern Illinois University in Carbondale, IL in 1972, and majored in Technical and Architectural Design at VTI…SIU’s off-campus technical school site near Carbondale; it was during this period, he began pledging Kappa Alpha Psi Fraternity in the fall of 1972, later…successfully becoming a Kappa fraternity Brother in the Spring of 1973. Upon graduation, Larry lived a short time in Houston, Tx…working for the Exxon Corp on an oil rig in the Gulf, before deciding to convert from the Air Force Reserves to full time duty in the U. S. Air Force where he served as a fighter pilot and later as an Admin Officer before retiring his commission as an Lt. Colonel (O-5) and completing 24 yrs of service in both the AF and again, in the Reserves. In the mid-eighties, Larry attended and completed law school at Walter F. George School of Law, (Mercer Univ), and later began his legal career in the Macon, Georgia (11th Fed. Circuit), serving as an ADA in the District Attys office there working primarily, drug (or “throw down”) cases, or domestic violence and dispute cases. In 1994, Larry left Macon for Atlanta, Ga to obtain a position in the prestigious law firm of King & Spalding in Atlanta where he interned for two yrs before leaving to work in the agency of D. J. Miller & Assoc’s; His next challenge was to accept a position for the California-based firm of Foundation Health HMO in downtown Atlanta, as it’s first black Executive Director. After serving a number of years in that capacity, Larry left to come full circle and take a position (where it all began), in the Federal Gov’t as a Senior Counsel for Acquisitions (Properties and Real Estate); Larry is also an Adjunct Professor for Mercer Univ. and an Adjunct Staff Prof. for Central Georgia Technical College in Macon. He enthusiastically looks forward to retirement soon, to devote more time to his own enterprises—which include providing services for state-funded programs that provide community-assisted living and housing for black children, US Vets and battered women. 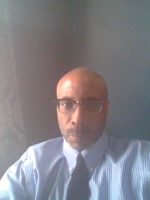